Directed by Tony Tambasco with the Musical Director Team of Stuart Watarz and Valerie Grehan, The Mikado: A Long Island Fantasy is a re-imagination of the original production set in the Gold Coast era of Long Island’s east end, a time distant and yet oh so familiar. The magic of the 20s will “roar” again as we strip away the tropes of more traditional stagings and bring forth the magic of a “Fantasy”. 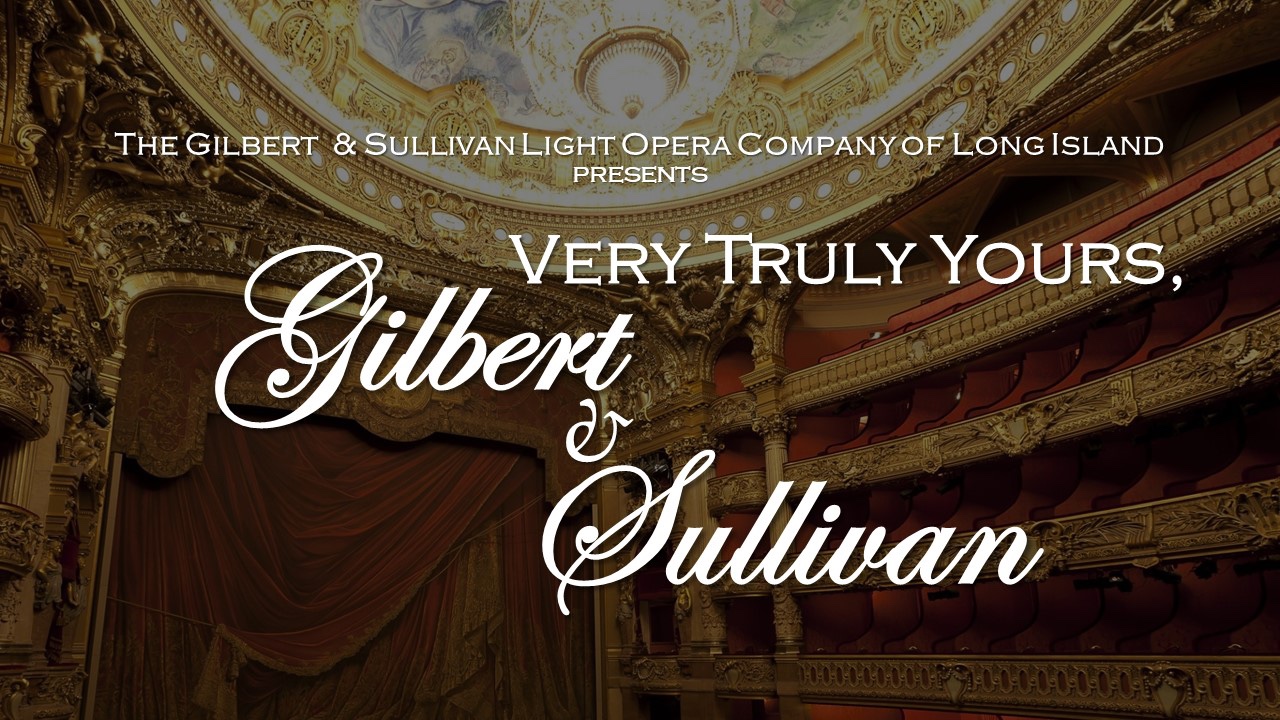 Beginning a three-year run, Gayden Wren’s epistolary drama tells the story of Gilbert & Sullivan in excerpts from their letters and contemporary memoirs, letters and journalism. It was an Off-Broadway hit in 1997, and since then has been produced by various companies around the country, including productions in Ohio, upstate New York and Texas. The current production marks the company’s first since the original run of the show ended in 1999, except for a one-night-only special mounting in 2003 to kick off the company’s 50th-anniversary season. Directed by author/original director Gayden Wren, it features a quintet of the group’s finest singers and dancers with piano accompaniment.